The Honda CBX 1000 is in original condition. Betina quality. Great to ride and sounds great when fired up. Ready to ride away as has been fully serviced in our shop. or great as a showroom piece. Showing only 14000 miles on the clock. This would be the best CBX that I have ridden. Sold to a customer 7 years ago and have just bought it back. Fitted new exhaust, seat, tyres with SA rego only. #S62-ALL

With a vast history of racing machines utilizing 5- and 6-cylinder motorcycle engines, Honda didn’t need to dig too deeply to create the technology for the Honda CBX 1000. They may not have been the first kids in the 6-cylinder motorcycle game, but in their usual fashion they quickly took the reins. Making its debut as a 1979 model, the Honda CBX 1000 showed the world again what Honda was capable of. It had only been a decade since Honda set the CB750 loose, and the CBX seemed a fitting follow-up.

Suspended from the frame and acting as a stressed member, the 1,047cc, inline-six on the Honda CBX was a double-overhead cam unit with four valves per cylinder. Six 28mm Keihin carburetors meted out the fuel and air, with an accelerator pump for heavy throttle activity. Never intended as a fuel miser, the brawny six returned MPG ratings in the low 20s. The capacious 6.1-gallon tank could only carry a rider some 150 miles or so, hardly far enough to grow weary of the well-designed and properly padded saddle. A 5-speed gearbox sent power to the rear wheel via chain drive, and Honda Comstar wheels on the debut model were finished in silver. 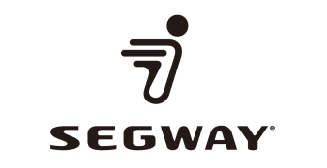 Please be advised that back orders can take up to 3-4 Weeks to arrive in store.